The cheapest Montessori dressing frames I've found on the web is $9/each.

The Goodwill store near me occationally has 50% off Saturdays so I marked my calendar and was there early looking for Montessori- like stuff. Specifically, I wanted to make some dressing frames. 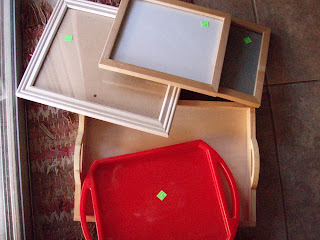 For the clothes, I bought infant clothes ($1/each, 9-12month) and a red jacket with a zipper $1.50. I invested a whopping total of $2.50-3/each in my dressing frames. If I'd really been thinking, I could have dug through JI's old clothes to find what I needed.

For fastening devices The Nester inspired me to search out upholstery tacks. My Wal-Mart didn't have them but Michael's did. 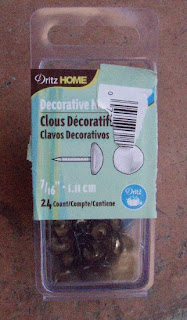 In the beginning, I couldn't decide which bludgeoning object to use. The lil man's hammer worked great until he heard me "bamming" and wanted to join. Then I used my big man's hammer...till lil man wanted to use it. It was easy for me to relinquish it to him because I'd busted my fingers too many times on the tacks, not to mention that 2 of the 4 tacks were bent beyond repair. I think the first frame I used was oak. If the wood had been softer (like pine) maybe I would have liked the tacks better.
Foregoing the hammers and tacks, I went to the heavy duty stapler. Every Proverbs 31 woman has one. They cost about $20 but are worth so much more. In our old house I used this stapler to make curtains. :) Today, the Nester used Matilda (her stapler) on a fabulous project. 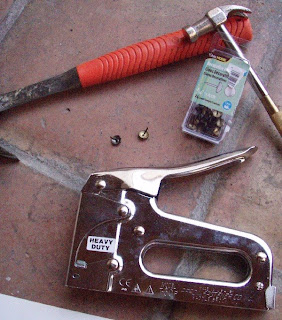 Below you'll see my first dressing frame. Two upholstery tacks and one staple was used on the first side. As stated earlier, I only used these two tacks in the whole project - the rest were stapled. I liked the appearance of the tacks; they were just too difficult to work with the wood. Maybe I should have said, I'm a novice carpenter and was getting frustrated with the tacks. Staples gave me instant gratification. I also put two staples on the top of each frame (where the shoulders would be). 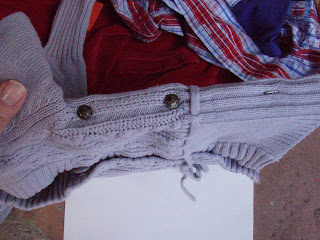 Below he's testing the "big buttons." This gray sweater was pefect because it has big buttons and also a tie around the waist (for when he learns to tie!) 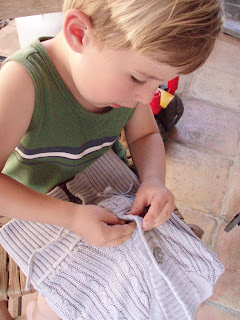 When presented with the smaller buttons (frame below on left), he immediately said, "Oh that's too hard" and wouldn't even attempt it. The baseball snap frame is big enough to snap the leg holes below the horizonal bar. If it is too confusing for him, I'll just draw a marker line where he can stop snapping. 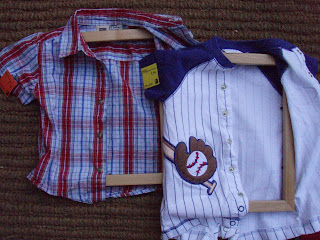 Here's a step by step tutorial teaching how to zip. This frame is the 11x14 because the jacket is a girls' size 7/8. The other frames were 8x10. 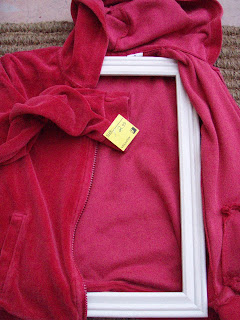 I also bought 4 placemats ($0.50/each). The one below was stained so I decided to use it as a template to help teach JI to set the table. I just traced our plates/utencils with a Sharpie marker. 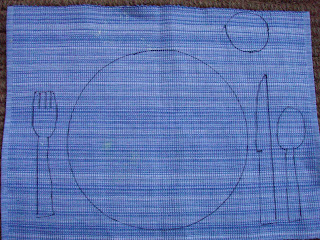 Last, but certainly not least, I splurged $2.50 on this 24% lead crystal vase from W. Germany (the sticker was still on it!) 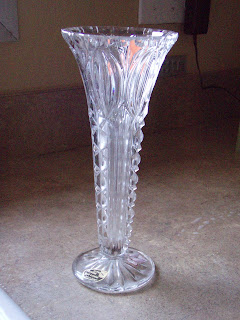 again, you are the best mom in the free world and universe at large. Even better than I thought.

Be Mine. {insert heart}

Wow! Way to go! I am so impressed.
Happy Spring
Jennifer
aka Montessori Mama

Cute ideas! Dont yu just love the nester... I love to visit her once a day. Sometimes I find myself greedy and wanting more. hehe. If only she could post a few times a day. Well maybe not. My little brain could not hold so much. That sure sounds scary about where you live. I hope you put all of those locks to use. be safe, SusieH.

N from the Learning Ark said...

I love your dressing frames

I was online looking for an inexpensive dressing frame and I got yours. I will definitely try it. Thanks

Places I Look for Fun

Julie
Little Rock, AR, United States
I'm a homemaker that loves to be in the kitchen with my INTENSE 9 year-old son, sweet 3 year-old daughter and infant son. Not necessarily all at the same time.